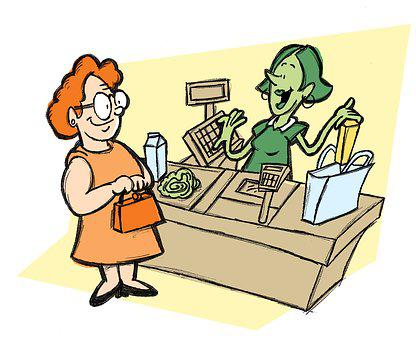 Long before technology ruled the earth, when mankind has forced to do everything manually, doing business could be a drag. You’re going through items that have caught your eye and you are thinking about buying it. The only problem is, everything you want to buy is enough to feed an entire family of cows. Imagine the time it would take for the merchant to go through your list, and label a price on them. According to Posmatic, it was sometime in 1973 when early cash registers were distributed, to the delight of consumers and merchants alike. And going to the store has been a breeze since then.

But implementing this kind of system, especially if you’re business is yet but a small start-up, could get rough and complicated if you don’t know what it is your’e looking for. Not to worry though because here’s a guide for POS and its respective features. – Robert Cabigao

Read the source article at softwareadvice.com

POS Buyer's Guide: Choose the Right Point of Sale System for your Business

Learn the 7 secrets to find a reliable POS system, and avoid the costly mistakes most retailers make when choosing a new retail platform.

Retailers are facing a new, digital era as the forces of social media, omni-channel shopping and a wave of emerging payment technologies are transforming the industry.

The rising intensity and sophisticated nature of cyber attacks has created a hostile and precarious environment for businesses charged with protecting their customers’ personal data. The retail industry again has the dubious distinction of being the industry liable for the largest number of identities exposed in 2014, accounting for almost 60 percent of all identities reported exposed, up from 30 percent in 2013
VIEW ALL GUIDES